David Bernstein, George Mason University Foundation Professor of Law. Professor Bernstein is the author of over sixty frequently cited scholarly articles, as well as the author of Rehabilitating Lochner: Defending Individual Rights Against Progressive Reform (University of Chicago Press 2011). He is also the author of You Can’t Say That! The Growing Threat to Civil Liberties from Antidiscrimination Laws (Cato Institute 2003), the co-author of The New Wigmore: Expert Evidence (Aspen Law and Business 2003), author of Only One Place of Redress: African-Americans, Labor Regulations, and the Courts from Reconstruction to the New Deal (Duke 2001), and co-editor of Phantom Risk: Scientific Inference and the Law (MIT 1993). He is a former chairperson of the Association of American Law Schools Evidence section. Professor Bernstein teaches Products Liability, Evidence, Constitutional Law I and II, and Scientific and Expert Evidence. He is a regular contributor to the popular blog, The Volokh Conspiracy.

From 2007 to 2010, Butler served as the first executive director of the Searle Center on Law, Regulation, and Economic Growth at Northwestern University School of Law. He has held prior appointments at The Brookings Institution, Chapman University, the University of Kansas, the University of Chicago, and Texas A&M University. From 1986 to 1993, he was a law professor at George Mason and during that period also served as an Associate Dean and Director of the Law & Economics Center.

Caroline Cecot is an Assistant Professor of Law at Antonin Scalia Law School at George Mason University, where she teaches environmental law, administrative law, and torts. Her work on cost-benefit analysis, regulatory reform, and environmental regulation has been published in peer-reviewed journals and law reviews. Professor Cecot holds a JD from Vanderbilt Law School and a PhD in law and economics from Vanderbilt University. Following her graduate studies, Professor Cecot was the Postdoctoral Research Scholar in Law and Economics at Vanderbilt Law School and clerked for the Honorable Raymond J. Lohier, Jr., of the United States Court of Appeals for the Second Circuit. She was also Legal Fellow at the Institute for Policy Integrity at New York University School of Law, where she authored amicus curiae briefs and submitted comments on environmental and regulatory issues.

E. Donald Elliott has been a Professor at Yale Law School since 1981, and now teaches part time as Distinguished Adjunct Faculty at the Antonin Scalia Law School. Elliott has advised six presidential campaigns and teaches and writes in fields as diverse as administrative and constitutional law, civil procedure and energy and environment. He is the author or co-author of over 70 articles and seven books and writes regularly on popular legal topics for The American Spectator. Elliott also has practical experience as the head of the environmental and product stewardship practice groups at four large international law firms, including Covington & Burling LLP. He is an elected member of the American Law Institute and the American College of Environmental Lawyers; a Senior Fellow of the Administrative Conference of the United States; and a member of the boards of the NYU Institute for Policy Integrity, the New Civil Liberties Alliance, and Save the Sound, a regional environmental organization serving Connecticut and New York. Elliott was appointed by President George Herbert Walker Bush, and unanimously confirmed by the Senate, to serve as Assistant Administrator and General Counsel of the EPA, 1989-1991. He was a Law Clerk to U.S. District Judge Gerhard Gesell, and D.C. Circuit Chief Judge David L. Bazelon.

Douglas H. Ginsburg, Judge, US Court of Appeals for the District of Columbia and Professor of Law, Antonin Scalia Law School, George Mason University. Judge Ginsburg is a leading authority on competition law and policy, administrative law, and law and economics. In his distinguished career, he has been a professor of law at Harvard University (1975-1983); held a number of posts in the executive branch of federal government (1983-1986), including assistant attorney general for antitrust in the US Department of Justice; and was then appointed to the US Court of Appeals in 1986 by President Ronald Reagan, serving as chief judge from 2001 to 2008. In addition to teaching law school classes Antitrust and Readings in Legal Thought, Judge Ginsburg teaches and lectures for the Law & Economics Center. Michael Greve, Professor of Law, Antonin Scalia Law School, George Mason University. A prolific writer, Professor Greve is the author of nine books and a multitude of articles appearing in scholarly publications, as well as numerous editorials, short articles, and book reviews. He is a frequent speaker for professional and scholarly organizations and has made many appearances on radio and television. In addition, Greve has provided congressional and state legislative testimony, has lobbied and consulted in federal agency proceedings, and has provided litigation services and management in over 30 cases, including matters before the US Supreme Court. Before joining the law school faculty, Professor Greve served as John G. Searle Scholar at the American Enterprise Institute (AEI), where he specialized in constitutional law, courts, and business regulation and served as chairman of the Competitive Enterprise Institute. Prior to joining AEI, Greve was founder and co-director of the Center for Individual Rights, a public interest law firm specializing in constitutional litigation.

Timothy J. Muris, George Mason University Foundation Professor of Law. Professor Muris served from 2001-2004 as Chairman of the Federal Trade Commission. During his tenure at the FTC, he created the highly popular National Do Not Call Registry that has allowed millions of consumers to block unwanted telemarketing calls. In addition to his current position at George Mason, Muris is Of Counsel at the law firm of Kirkland & Ellis LLP. Professor Muris has held three previous positions at the Commission: Assistant Director of the Planning Office (1974-1976), Director of the Bureau of Consumer Protection (1981-1983), and Director of the Bureau of Competition (1983-1985). In 1981, Muris was Deputy Counsel to the Presidential Task Force on Regulatory Relief. From 1985-1988, Muris served with the Executive Office of the President, Office of Management and Budget. A member of the American Bar Association’s Antitrust Section, Muris has written widely on antitrust, consumer protection, regulatory, and budget issues. 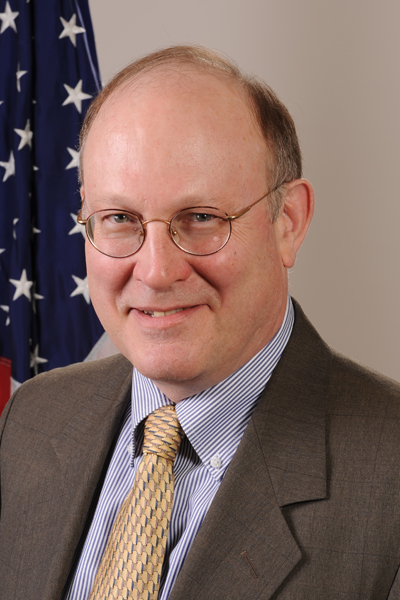 Jeremy A. Rabkin, Professor of Law, Antonin Scalia Law School, George Mason University. Before joining the faculty in June 2007, he was, for over two decades, a professor in the Department of Government at Cornell University. Professor Rabkin serves on the Board of Directors of the US Institute of Peace (originally appointed by President George W. Bush in 2007, then appointed for a second term by President Barack Obama). He also serves on the Board of Academic Advisers of the American Enterprise Institute and on the Board of Directors of the Center for Individual Rights, a public interest law firm based in Washington, DC Professor Rabkin’s books include Law Without Nations? (Princeton University Press, 2005). His articles have appeared in major law reviews and political science journals and his journalistic contributions in a range of magazines and newspapers, including the Washington Post and Wall Street Journal.

Mark J. Rozell, Dean and Professor, Schar School of Policy and Government, George Mason University. Professor Rozell is the author of nine books and editor of twenty books on various topics in US government and politics including the presidency, religion and politics, media and politics, and interest groups in elections. His books include The President’s Czars: Undermining Congress and the Constitution (University Press of Kansas, 2012) (with Mitchel A. Sollenberger) and Executive Privilege: Presidential Power, Secrecy and Accountability (University Press of Kansas, 2010). He has testified before Congress on several occasions on executive privilege issues and has lectured extensively in the US and abroad. In recent years, he has lectured in China, India, Vietnam, Turkey, Austria, Germany, Great Britain, Italy, Poland, Denmark, Finland, and Sweden.

Paolo Saguato is an Assistant Professor of Law at Antonin Scalia Law School, George Mason University specializing in financial regulation. His research interests encompass the intersection of banking, securities and derivatives regulation; the international and comparative dynamics and regulations of financial institutions; financial innovation and technology; and corporate law and theory. His recent scholarship has been published in the Yale Journal on Regulation; the Stanford Journal of Law, Business and Finance; the Journal of Corporate Law Studies; and the Oxford Handbook of Financial Regulation.

Before joining Antonin Scalia Law School, Professor Saguato was a Research Fellow at the Georgetown Law Center (Institute of International Economic Law) and a Fellow at the London School of Economics and Political Science, where he received the Teaching Excellence Award. Before that he was a Global Hauser Fellow at New York University School of Law where he was affiliated with the Center for Financial Institutions. Professor Saguato earned a BA (Laurea in Scienze Giuridiche) and a JD (Laurea Magistrale in Giurisprudenza) summa cum laude at the University of Genoa (Italy) and a PhD in Private, Business, and International Law at the same university. In addition, he holds a LLM from Yale Law School, which he attended as a Fulbright Scholar, where he focused his studies on financial markets regulation and corporate law and was a senior editor of the Yale Journal on Regulation. Professor Saguato teaches Business Associations and International Finance and Regulation.

J.W. Verret is an Associate Professor of Law at Antonin Scalia Law School, George Mason University, specializing in corporate and securities law. He received a JD from Harvard Law School and an MA from the Harvard Kennedy School. Professor Verret serves on the SEC’s Investor Advisory Committee, which advises the Chairman of the SEC on law and policy. He also serves as Faculty Liaison to the American College of Business Court Judges and as the Independent Chairman of the Board of Directors of Egan-Jones Ratings. In addition to teaching Banking, Securities and Corporation Law and Accounting for Lawyers at Scalia Law, Professor Verret has taught CLEs on law and accounting to law firms across the country. His work has appeared in the Stanford Law Review, the Yale Journal on Regulation and the Journal of Law and Economics, as well as the Wall Street Journal and the New York Times.

Joshua D. Wright is University Professor of Law at Antonin Scalia Law School, George Mason University, and the Executive Director of the Global Antitrust Institute. He also holds a courtesy appointment in the Department of Economics. On January 1, 2013, the U.S. Senate unanimously confirmed Professor Wright as a member of the Federal Trade Commission (FTC), following his nomination by President Obama to that position. He rejoined Scalia Law School as a full-time member of the faculty in Fall 2015. Professor Wright is a leading scholar in antitrust law, economics, intellectual property, and consumer protection, and has published more than 100 articles and book chapters, co-authored a leading antitrust casebook, and edited several book volumes focusing on these issues. He previously served the FTC as the Bureau of Competition’s inaugural Scholar-in-Residence from 2007 to 2008.

Subscribe to Our Email List
The C. Boyden Gray Center is housed at George Mason University’s Antonin Scalia Law School.  It is a leading hub of academic research and debate on legal and policy issues regarding the federal separation of powers and the administrative state.  It sits at the intersection of the development of legal theory, legal practice, and legal education on constitutional questions addressing executive branch operations in relation to Congress and the judiciary.
Co-directed by Professor Jennifer Mascott and scholar Adam White, the Gray Center is dedicated to fostering significant legal scholarship on core issues reexamining the constitutional underpinnings of administrative governance in order to elevate and improve ongoing debates in the courts, in Congress, in the Executive Branch, and in the broader public.  The Gray Center serves as a bridge between academic research and the day-to-day litigation and deregulatory counseling efforts taking place in courtrooms across the country and on Capitol Hill.  Since its founding in 2015, under the leadership of then-Professor Neomi Rao (currently on the U.S. Court of Appeals for the D.C. Circuit), the Gray Center has hosted hundreds of scholars, practitioners, and policymakers researching and debating constitutional and practical issues related to executive branch governance.